This House of God is run more like a corporation than a place of worship.

So say aggrieved former members of once celebrity-beloved megachurch Hillsong, who continue to come forward with stories painting the institution as more snare than sanctuary after the high-profile firing of pastor Carl Lentz.

“It’s like you work for a major company,” Nicole Herman, who helped found Hillsong LA in 2013, told The Post of the church’s leadership.

A former service pastor — “I was beneath [the senior pastors] but I did everything” — Herman says that, in her seven years working for the Australia-born temple chain, she routinely watched its cult of personality enchant wide-eyed parishioners.

The “abuse of volunteers and real, amazing people,” by Hillsong leadership to fulfill their “petty needs” (a practice called “honoring”) reminded her of instant Cup Noodles: Leaders think they can just add water, no emotional investment necessary, and get a flock of loyal, unpaid laborers.

This weekend Herman made her Instagram public, so anyone could reach out with church-related complaints. “I’m here to help anyone with a broken heart as well as a million other amazing people who left this cult,” she wrote in an Insta Story on Saturday.

She says she has since been inundated with traumatic Hillsong stories. 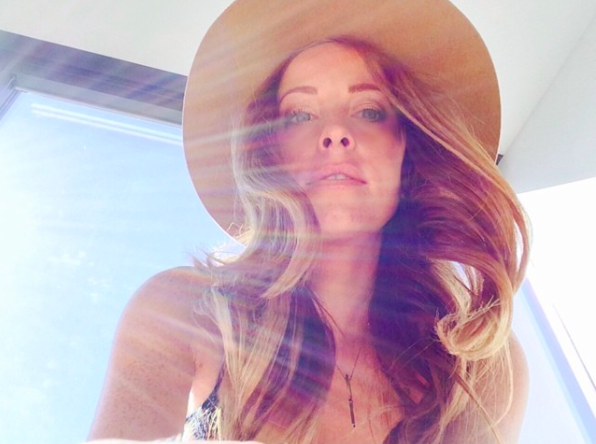 Nicole Herman, who worked at Hillsong for seven years and helped found its LA branch.

Nicole Herman, who worked at Hillsong for seven years and helped found its LA branch.

Yolandi Bosch was so disturbed by her time at Hillsong that she and hundreds of other former staffers, students and volunteers are currently looking for representation so they can take a complaint of what they claim is “industrial slave labor” against the church to the Parliament of Australia.

“They convinced me to drop everything I was interested in becoming,” the now 32-year-old, Sydney-based interior designer told The Post of her experience at the church’s eponymous college in 2012.

Bosch claims that after a representative for Hillsong College — the school affiliated with the church — persuaded her to give up her film career, and move from South Africa to Australia to attend the Christian program, she was immediately asked to sign a non-disclosure agreement preventing her from speaking to anyone about her experiences there without express permission. Bosch didn’t sign it, but she says the college quickly began controlling her life in other ways.

“You had to ask a pastor’s permission to date. They had to choose the person you dated as well. If they don’t think your relationship is what they like, they’ll tell you it’s not permissible,” she said. When a student snitched on her for sleeping on the couch of a platonic male friend after a housing mixup, the pair “weren’t allowed to ever talk again,” according to Bosch.

She was moved into a female dorm where Bosch says the administration encouraged the other residents to regularly bully and stalk her, reporting on her daily purchases to a Hillsong-assigned mentor. “They would pretend like it was normal, for them to follow me around.”

There was also pressure to be more feminine, Bosch claims.

“They were obsessed with trying to change me — they tried to break me down,” she said of a constant insistence she wear more “girly,” clothes and be blonde — “They hated my black hair. I was told it looked demonic.”

“It felt like a reality show — it’s really a cult,” she said of the experience, which she believes many were subjected to as a test to determine “who can be onstage and who they can misuse for volunteering.”

After six months at the school, she was assigned a second mentor, a Hillsong College campus manager.

Feeling trapped, she began attending another church on Sundays, but Bosch said her mentors stopped her. When they found out she was having worship evenings with friends, she alleges she was further restricted, disallowed from going to certain public places and made to quit the retail job she was working “to make ends meet.” She also was removed from choir, and instead put into the school’s Refresh program, where she’d perform unpaid manual labor, including 20 consecutive hours at one conference. She alleges some students she met in the program became suicidal from the experience.

Her visa was often threatened as a tactic to keep her in line, Bosch claims.

Shortly before a huge annual conference in late June, Bosch became sick, but she says she was discouraged from seeing her own doctor and made to visit Hillsong’s. “They have everything in house, so nothing can slip out,” she said. While the Hillsong doc allegedly said she was fine, scans from an unaffiliated practice confirmed she had kidney stones.

After being threatened with failing, she worked the conference, but ended up passing out during her shift after scrubbing toilets for hours, Bosch claimed.

Subsequently, the college decided she was incapable of meeting their ideals. On July 25, she received a letter demanding she withdraw otherwise she would be kicked out. She withdrew.

In addition to Refresh, Bosch claims she was also expected to do free labor in the form of baby-sitting pastors’ children, sometimes “until midnight,” which she considered a stark contrast to the extravagant expenses she saw put on display in the form of conference guest packages and pastor amenities.

A Montclair, NJ-area woman now in her mid-20s who asked that her name be withheld for privacy reasons (“I’m terrified of them figuring out it’s me,”) claims she had a similar experience baby-sitting stateside.

In 2014, a year after becoming a “very involved,” attendee and volunteer at the New Jersey Hillsong branch, the woman was introduced to and began baby-sitting for Josh and Leona Kimes. The pair are now the lead pastors at Hillsong Boston, but Leona functioned as the Lentzs’ personal assistant at the time, the woman said.

“Once one of them got me, I kind of just went down the line of pastors,” she told The Post.

In her five years sitting for various pastors, she alleges she was routinely underpaid, was paid weeks late — or was not paid at all.

“I would be working 10, 11 hour days. I would get paid and then I would go in my car and count my money and nine times out of 10 the amount wasn’t correct,” she said. “It was never my rate.” Instead of the $15 an hour they’d agreed to, she would regularly be paid $8 or $10 an hour, and often close to a month after she’d worked the shift, the woman claimed. (The Post was unable to reach the Kimes — and Hillsong did not respond to repeated requests for comment.)

“Even when I did say, ‘Hey, you shorted me 50, 60 bucks,’ it was brushed under the table. They just expected people to work for nothing,” she said.

Other pastor sitters who were not affiliated with Hillsong stopped taking the jobs, and told the woman her church was “‘a cult,’” but the woman defended the pastors. “When you’re in that deep, you can’t see the red flags or warning signs,” she said.

When she took the children to church, “People would flock to you, because they were obsessed you had some kind of connection with anyone on staff. It was like, part the Red Sea, roll out the red carpet — people fan-girled so hard over the kids.”

The children, she said, “hated” all the attention and she felt increasingly close to and protective of them, making it more difficult for her to stop taking the jobs. In early 2019, after sharing stories of disrespect with other sitters, she finally found the strength to stop accepting the gigs.

“It was the most toxic work environment I’ve ever been a part of,” the woman said. The hypocrisy of it coming from religious leaders continues to haunt her. “You get up there on a Sunday and talk about tithing and giving and you literally don’t do that to your workers.”

While Hillsong is a house of prayer in name, Bosch agrees, it has been overtaken to its core by a craving for celebrity which overshadows any care for the members who compose it.

“A church is supposed to stand for honor, grace and love, to help the widow and the orphan. If you read the Bible it’s clear what you need to do, but that’s not the way they operate — they’re all about the fame and how things look for them,” Bosch said. “That’s not the Jesus that I know. We must be serving two different Gods.”

Hillsong did not respond to The Post’s repeated requests for comment.

Your free subscription includes news and specials sent by email in accordance with our trusted Privacy Policy.

Ben Affleck and Ana de Armas split over children but could...

Impeaching Trump Was a Distraction From the Real Scandal: Hunter Biden

ABOUT US
Contact us: [email protected]
© 2021 - The Ultimate Patriot - All Rights Reserved.